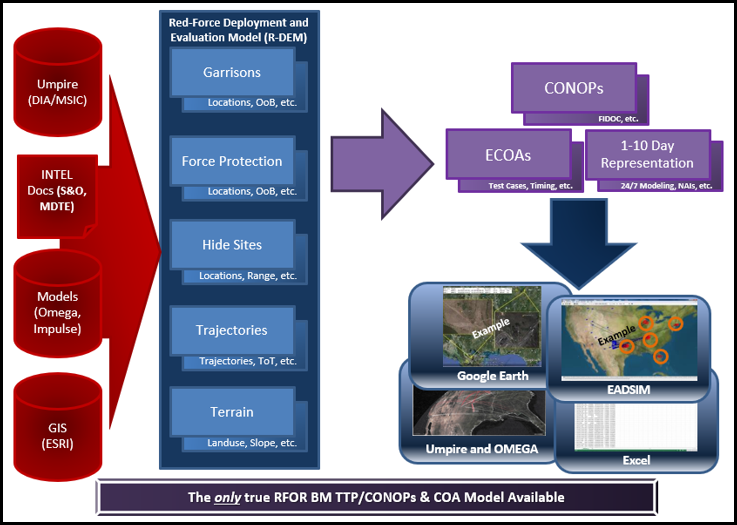 With the Red-Force Deployment, Evaluation, and Modeling Tool (R-DEM), Tummah Technology, Inc. has broken the mold of past adversary modeling methods. R-DEM integrates IC models like OMEGA and IMPULSE into force-on-force models such as the Extended Air Defense Simulation (EADSIM). R-DEM provides robust representations of adversary courses of action; unlike anything in the industry today.

Tummah personnel have supported the Defense Intelligence Agency (DIA) and their Missile and Space Intelligence Center (MSIC) in exercise support, real-world operations, and Intelligence Preparation of the Battlespace (IPB) definition.

We use cookies to ensure that we give you the best experience on our website. If you continue to use this site we will assume that you are happy with it.OkNo